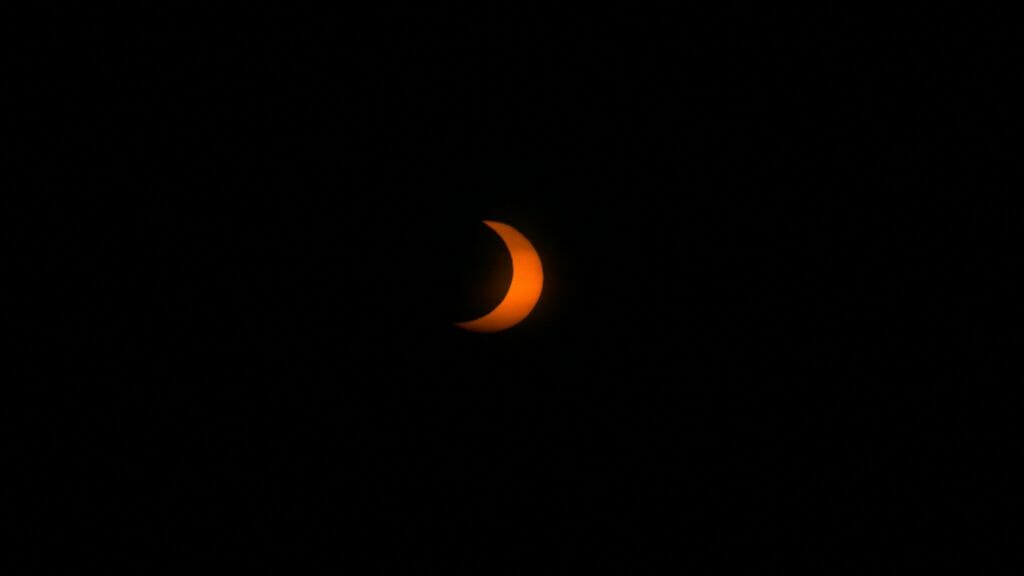 On June 10th, 2021 around 4:30am the Sun started going through an annular eclipse. Had I been quite a bite more north, I could've looked forward to a "ring of fire"; it's a notch I'd like to make in my belt some day, but then so was imaging a partial eclipse.

For the uninitiated; the Moon's orbit is slightly elliptic taking it closer and farther away from the Earth over time and meaning it can appear larger or smaller, respectively, from our perspective. When it's large enough to cover the Sun completely you get a full solar eclipse with only the Sun's corona visible around the Moon. When it's further away and smaller, it leaves a ring of the Sun still directly visible around the Moon; this is an annular eclipse.

Anytime you see the Moon pass in front of the Sun without it going directly through the center, you'll see a partial eclipse. This can happen because you're viewing from outside the very center of the path of totality or the path of annularity; the latter was the case for me this June.

As early in the morning as this annular eclipse began, the sun was still 6 or 7 degrees below the sea level horizon for the Eastern time zone I was in. We also have some hills in the way from the Walkway Over the Hudson State Park where I was viewing from and it wasn't clearing them until around 5:22am, about a third of the way through the eclipse process. We also had a smattering of clouds and humidity that made us concerned we may not be able to see it at all. But in the end, it worked out well.

Because the event at the Walkway was co-hosted by my astronomy club, the MHAA, I and a few MHAA members were able to get on the bridge a few minutes ahead of the public in order to set up some scopes for the nearly 600 public guests waiting at the gate. It turned out to be fortuitous as the colors from the sunrise that morning where deep and bright pinks and oranges. It was quite stunning and almost felt more like a sunset than a sunrise. Unfortunately for the public guests it almost completely disappeared minutes before they entered.

Just a few minutes after 5:22am we could suddenly begin to make out the faint scimitar of the partially eclipsed sun, peeking through the clouds barely above the tree tops. It was bright enough to see with the naked eye, but too dim yet to see through our solar filters and glasses. 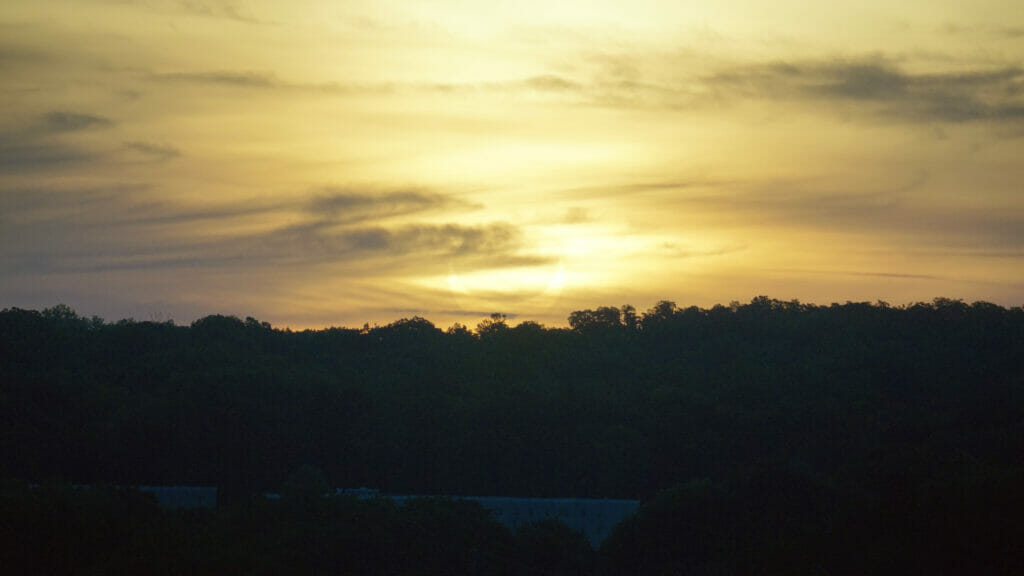 It was quite beautiful to observe in this manner, and with a lower ISO I captured what I felt was my best image of the day; a very dramatic reveal of the nearly vertical scimitar at eclipse maximum looking large through forced perspective with the hill in the foreground. 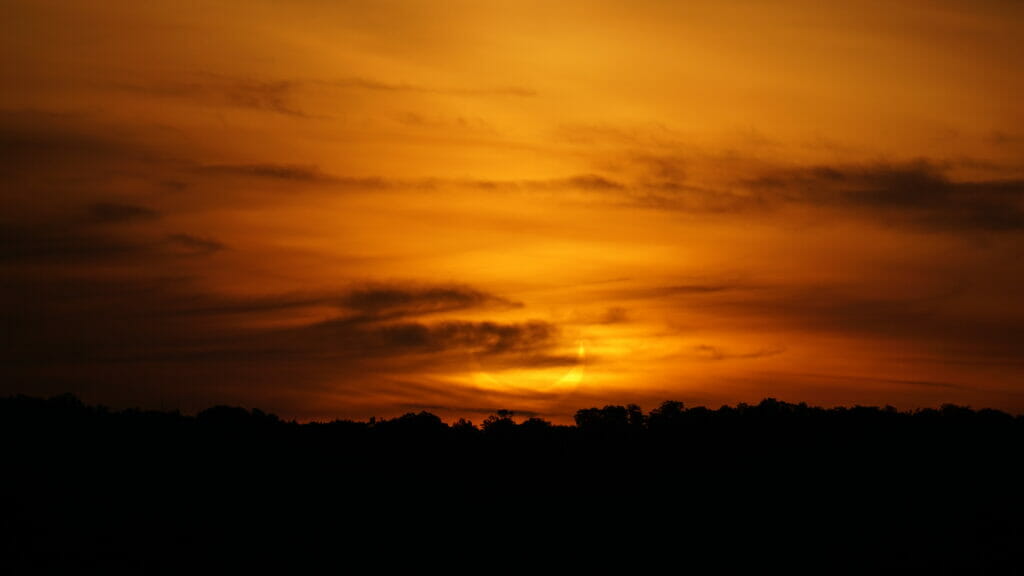 Soon enough it was too bright for naked eye or naked camera viewing, and on went the glasses and filters. Normally with an image through a white light solar filter you're only going to get the Sun's disc and then the dark circle of the moon slowly creeps in. This time, however, the clouds added an interesting depth and drama with tendrils of thin clouds reaching through or sweeping across the Sun's disc in addition to the blacked out disc of the moon cutting in. 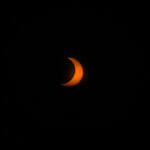 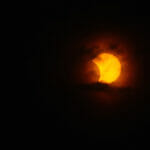 The event on the whole was definitely a success. We (the MHAA) had a handful of telescopes set up so the public could get better views of the sun without the glasses either through an imager sharing it's view on a phone/tablet, or a sun funnel, or an eyepiece (all properly protected, of course).

And I shared my solar binoculars with a few people as well, which in my opinion gave by far the best view of the eclipse. There are a couple of companies that make dedicated solar binoculars, of which I went with Sunoculars from Lunt. The image was sharp and three-dimensional and the magnification was just about as much as you'd want while still easily seeing the full disc in your field of view. At $80, I would highly recommend them to anyone with an upcoming solar/eclipse event.

Short of the one person who drove all the way from Long Island solely because he had read it would be visible as an annular eclipse from the Walkway (an unfortunate inaccuracy on the Walkway's event posting), I think everyone got to see what they came for. The weather was nice, the turn out was good, and we (the MHAA) were able to do what we love; share our knowledge and enthusiasm with an appreciative public for yet another unique celestial event.

Posted in Astrophotography Sessions and tagged Eclipse, MHAA, Partial, Solar, Sun, Walkway Over The Hudson
← Mars – 10.8.2020Fixing up the new (to me) 12″ Orion xt12i telescope →