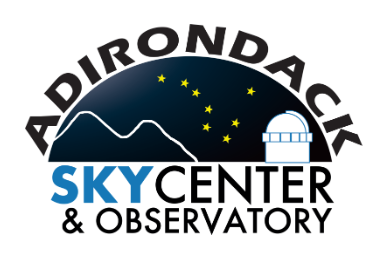 The story of my experience with the Adirondack Sky Center (previously the Adirondack Public Observatory) begins after I bought my new telescope at NEAF 2014.  Had I not discovered the astrophotography workshop I may have quit the hobby long ago.  In fact, I found it so useful and had so much fun that I've gone back three years in a row and intend to go again this year.  It's become one of the two things I look forward to every year: NEAF in the Spring and the APO workshop in the Fall.  To top it off, I made some really good friends along the way.  Now, in addition to a workshop, it's a reunion of friends who also return yearly.

Progress Is Impossible Without Change

I spent the first few years with my new equipment trying to be self taught using only research online and in books.  Once I dove into astrophotography I hit a pile of more complex issues and months of frustration where I understood how these steps were supposed to be done, but for one reason or another I couldn't seem to execute them successfully.  Having wasted so many clear nights troubleshooting in the dark and making little or no progress, I was losing motivation.

From time to time I would refuel my motivation with some basic viewing, ignoring the astrophotography aspect; some sights in the night sky are inspiring like that.  That delayed my learning progress in some regards, but without it I may have given up entirely.  Eventually I admitted something had to change; I needed to make friends in the hobby and get hands-on help if I was going to improve my skills.  It was no longer fun to sit alone in the dark all night frustrated and without guidance.

Seek and Ye Shall Find

At NEAF in 2017 I found the Adirondack Sky Center's booth.  The APO, as it was known then, offers a four day astrophotography workshop in Tupper Lake, NY each Fall.  The price was $250, but even in 2019 it was only $300 or $350 (it's own attendess told them they were charging too little!).  The local motels are around or under $100/night, as well.  It's quite affordable for four days of activities with an intimate group sizes of only around 30 people while having 4 or 5 instructors on hand.  It also gives you access to their nice dark skies, which some people would pay for in and of itself.

What intrigued me about the conference was that it's designed for all levels of experience, had indoor lecture-style and image processing classes, and outdoor hands-on assistance under the sky allowing you to learn on your own equipment.  I needed to see someone perform these actions on my scope with success to prove I didn't give myself an impossible task by buying the wrong accessories or something like that.  And because everyone attending has a different background and skill level there is a ton of peer-to-peer information sharing.  Signing up for the APO's workshop seemed the perfect solution.

I attended the workshop later that same year, in October.  2017 was the 2nd or 3rd year of the APO's workshop, I believe, so they were still working out some kinks and finding the best way to organize the classes.  Their goal is for there to be something for everyone to attend and benefit from at all times of the day no matter your skill level.  They cover everything from the basics of the types of scopes, cameras, and filters, to walking through the three primary disciplines of astrophotography; namely solar, widefield, and deep sky imaging.

The presentations/events are spread out amongst three locations in and around Tupper Lake.  First is the Adirondack SkyCenter itself, which is a piece of land ten minutes outside of Tupper Lake with a roll-off roof observatory.  This is where the hands-on learning with your own scope generally takes place, weather permitting, for both solar and standard telescopes.

Second is the SkyCenter's business office and the attached local Elk's Lodge, which are right in downtown Tupper Lake.  They use this as a classroom space for lecture style presentations.

Third is the local Tupper Lake highschool, in which we use the computer labs for the hands on work with astrophotography programs like PixInsight, DeepSkyStacker (DSS), and AstroPixelProcessor (APP).  They sometimes use the auditorium as well and one year during wet weather we setup our equipment in the hallways for anyone who had questions on general setup issues.

The SkyCenter is actively fundraising to build a nicer and more complete visitor center experience with a planetarium and onsite classroom etc.  Architectural plans are complete and some ground has broken, so over the next few years hopefully that'll be fully realized and they will be able to host everything at that single location.

We lucked out with absolutely gorgeous clear skies that weekend in October and I was able to take my first ever picture of a deep sky object, the Great Orion Nebula.  That was such a turning point in my journey; I don't think I'll ever forget it. My image of the Orion Nebula was a single shot with a histogram stretch and some levels adjustments in Photoshop.  Now, two years later, I'm still no pro and I can see much room for improvement in that shot: the core is oversaturated so I could stack images from a variety of exposure times, there's lots of noise in the image so I could use a cooled astro-specific camera instead of DSLR and apply darks, it's missing a lot of the texture and nebulosity so I could include images taken with a narrowband Hydrogen-alpha filter, etc.  But, regardless of those problems it'll always be one of my favorites and a point of pride and I largely have the Adirondack SkyCenter's workshop to thank for that.